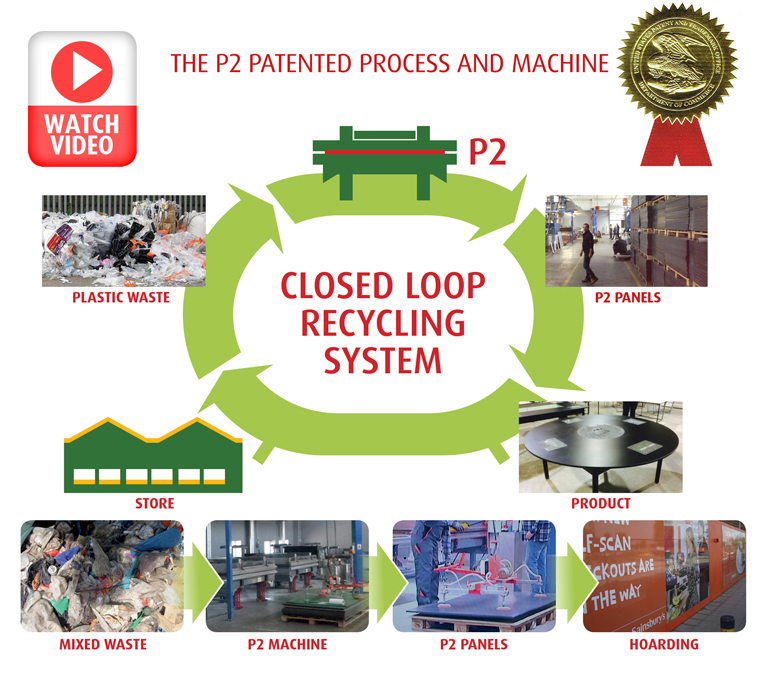 The UK imports about 1.4 million m3 of plywood each year. To put this in perspective that would be the equivalent weight of approximately 30 million of our Storm Boards. On top of that comes a similar consumption of particle board and MDF. When you consider how many of these boards are used in temporary applications such as site hoardings and concrete form work, and then land filled as a result of their toxic formaldehyde content we think it’s just too much.

It is also estimated that each year up to 420,000 tonnes of waste wood is produced by households, or deposited at civic amenity sites in the UK. Packaging (pallets and crates) produce a further 670,000 tonnes, and construction and demolition 750,000 tonnes. (Based on figures according to the UK Overseas Trade Statistics and UK Timber Statistics 2006)

We use waste plastics to produce a board that, due to its weather resistant properties, can be reused many times and recycled into another board at the end of its life.